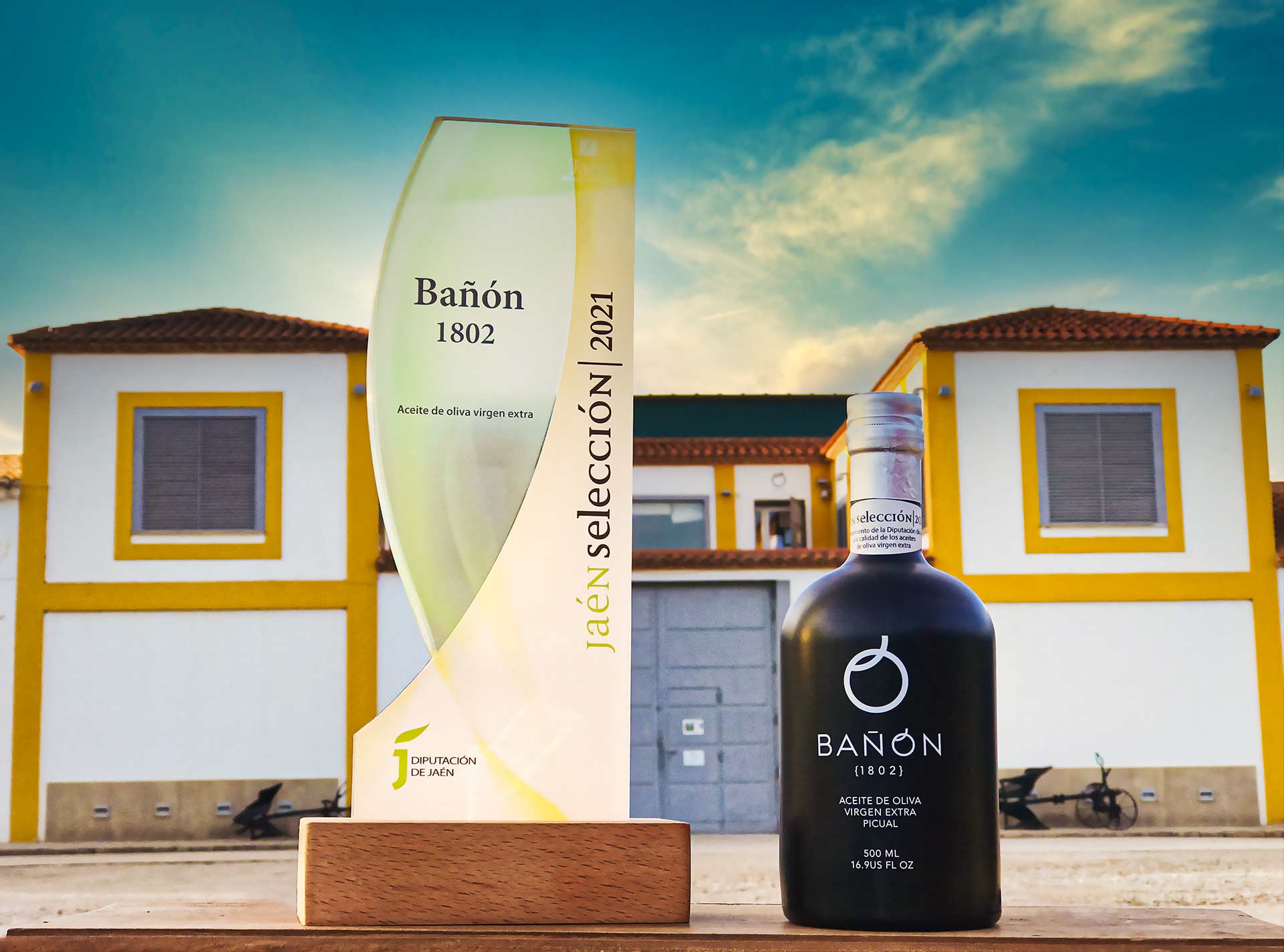 From 1802 we are owners of different fields of olive grove located in the province of Jaén.

In 1958 it began to produce olive oil on the farm “Las Arroturas” and in 1975 was built a new mill in Villanueva del Arzobispo (Jaen) in order to adapt to the requirements that were imposed.

In 1989 we were incorporated as a limited company with the name of Explotación Bañón S.A.

In the year 2000 was launched in the farm “Las Irijuelas” a new mill that has the highest technologies.

Our way of taking care of the best AOVE

Care of the olive grove

Our olive trees are in the area of Úbeda (Jaén), on the banks of the Guadalquivir and near the Sierra de las Villas y Cazorla.

Harvested in the month of October and when the fruit is still on the tree, at its optimum level of ripeness.

Our milling is done in cold (at night) not exceeding 27º to preserve all the properties of our great fruit.

From the olive tree to your home

Place your order in our online shop and you will be able to enjoy our AOVE BATH.

Find out all about what is going on

Listen to the interview they gave us on Radio Lider.

SEE ALL OUR NEWS

Enjoy our products without leaving the comfort of your home, directly from our mill to your table.

ACCESS TO OUR SHOP
Page load link
Go to Top